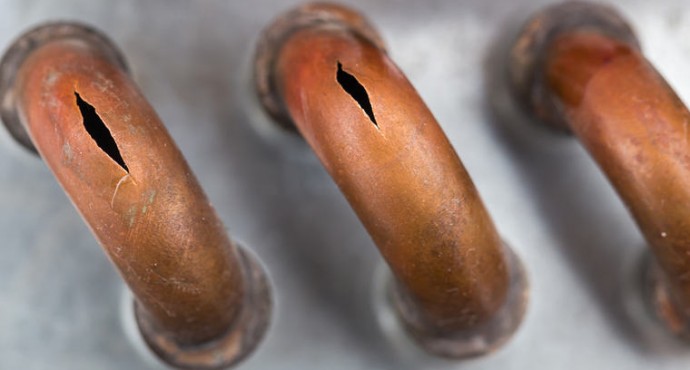 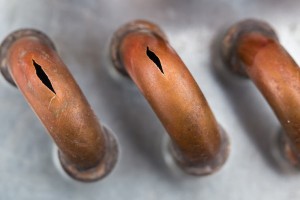 As water freezes and becomes ice it expands, which puts a huge amount of pressure on the pipes in your home or business causing them to burst. Once that ice melts you’re left with a piping system that’s no longer fit for purpose and a huge water leak that can cause untold damage to your property. Avoid damaging water leaks during this cold snap, here are 3 tips to keep pipes from freezing and bursting.

Add insulation in every room possible. Some of the most common places that are neglected insulation-wise are attics, crawl spaces and basements. All of which will commonly have water pipes running through them. The better insulated they are, the easier it will be to maintain higher temperatures and keep those pipes from freezing, bursting and flooding your building.

Often where a water pipe goes through a wall and outside of your home or office, the whole that has been made to accommodate the pipe won’t be exactly flush. This means that even though the gaps between the wall and the pipe may be very small, they still exist and are constantly leaving warm air out and cold air into your property. Using a caulk gun, you should take care to seal up the holes and cracks around pipes on both the interior and exterior walls.

3: Close Off Water Supply To The Outdoors

Most homes around Ireland have taps and hoses outside in the garden. The pipes leading out to these have to face the coldest of temperatures and are by far the most likely to freeze and burst in sub-zero temperatures as they don’t get the benefit of indoor heating. You should detach and drain any outdoor hoses and put them into storage until the temperatures begin to rise again and close inside water valves that supply outdoor taps. Once this is done you should open the valves at all of the outdoor water supplies and leave them open so if any water remains in the system it will have room to expand without bursting your pipes.

If it’s already too late and you have a burst pipe that’s flooding your home, call Advance Maintenance Ltd on 021-486-6133 now.